The scarcity and volatility of raw materials, as well as their high price rise; added to the international transport crisis and global need, they have forced Europe to rethink the current state of its industry. The European Commission has ensured that we are facing the “greatest industrial transformation” that the continent has undergone. Unprecedented situation in European industry.

It is no secret to say that the industrial sector is not in one of its best moments. In fact, according to the Spanish Association of Manufacturers of Electrical Equipment Goods (AFBEL), Europe is in “a situation of unprecedented uncertainty”.

Especially due to the problems and the rising cost of transport globally. In part, due to the exceptional situation caused by the COVID-19 crisis, which not only produced a stoppage and subsequent traffic jam in its first months: but also the permanent security measures due to the continuous waves of the virus, they further stop the problems that previously affected international trade. On the other hand, government disputes between China and the US, which have been going on for a long period of time, also influence global transport.

It is for all this that China, the largest exporter on the planet, has to deal with its saturated ports and shipping companies; in addition to the problems due to land transport, causing the shipping periods to have risen between 40 and 50% compared to previous years. All this translates into an increase in transport costs, producing an increase in its value that exceeds 900% of the original figure. If previously a container cost between $ 1,500 and $ 1,800, today the price is between $ 14,000 and $ 15,000.

However, transport is not the only obstacle the sector faces. Between 25 and 50% of the main raw materials have suffered a historical price rise, among which are aluminum, steel or copper

This supply and transportation crisis affects a large number of industries and companies. Forcing even to stop production in some factories due to the lack of components, which translates into a generalized collapse of the industry.

One of the most demanded products, of which there is a great shortage, are semiconductors. These components are required for a wide variety of items in various industries. From cars, appliances or industry; there are many microchips that are needed in the market.

One of the biggest problems today is the lack of semiconductors, which has caused the European Commission to decide to review its industrial policy to reduce its dependence on abroad. China, the largest producer of semiconductors globally, is storing these components, even with the shortage crisis that is suffered in Europe and the rest of the world. This is due not only to transportation problems; but, in addition, the Asian country has shown greater self-interest in recent years, in the face of the desire to export that characterized the country previously. It is true that China is still the largest exporter in the world, by far, but government policies in the region have boosted domestic growth, so the country has been spending huge investments in semiconductors, as well as hiring technicians and engineers in order to strengthen their industry. 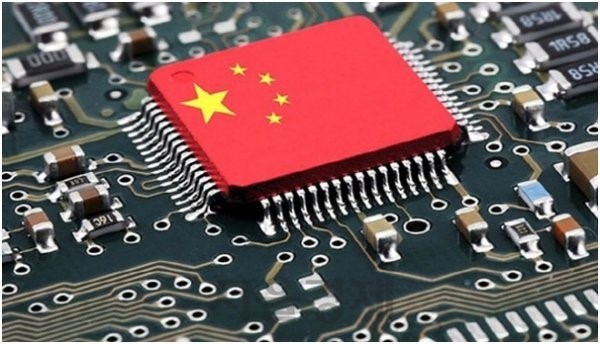 From Brussels, they have assured that this situation needs a solution. Thierry Breton, European Commissioner for the Internal Market, has stated that 20 years ago, Europe produced 40% of global semiconductor needs, today only 9%. For this reason, the European Union has launched a new plan, the Semiconductor Alliance. In order to develop manufacturing at the national level and help all EU member countries in the face of this shortage crisis.

On the other hand, the European Commission has learned from this situation and has planned a plan for other types of components that, in the technological and digital world in which we find ourselves, will always be necessary. There are 34 products and 137 materials that Europe has identified of strategic importance, having them within the member countries would mean a real change for the EU at an industrial level.

In addition, Brussels has proposed a border adjustment mechanism, in order to penalize imports that come from countries that do not respect the fight against climate change. This tariff would be a blow to international trade, especially at the industrial level, especially affecting countries like China, which incidentally exports more than half of the strategic components identified by the EU to Europe, according to the Center for European Reform. This new measure does not have a specific date, but it is stipulated that it would start from 2026, affecting imports of steel, aluminum, cement, fertilizers and electricity.

In the automotive sector, the consequences have already come to light, with the manufacture of 600,000 fewer cars than expected this year in Europe. And even with a forecast of reaching a million fewer cars.

Europe will have to work on improvement so that the industrial sector suffers as little as possible the consequences of a situation. If it persists, could mean incalculable losses for not only the industry, but the entire European market.