In Gestión de Compras we have the capability and production capacity to generate components by direct extrusion, utilizing common or special metal alloys efficiently and economically. 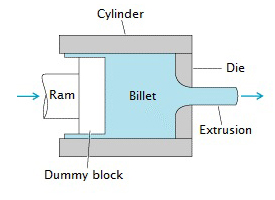 Direct extrusion, also called as forward extrusion, is a type of extrusion that occurs when the direction of flow of metal is the same that movement of ram.

Many cross sections are manufactured by this method. The cross section produced will be uniform over the entire length of the metal extrusion.

This extrusion method could be performed either hot or cold. During direct extrusion, metal flow and forces required are affected by the friction between the work piece and the chamber walls. Particularly in hot working, oxide scale build up on the outer surfaces of the work piece can negatively influence the operation. To reduce the friction and improve the process efficiency is common use a dummy block.

Hollow parts can be produced by this operation with the use of a mandrel assembled to dummy block. The desired hole is created when extruded metal flows between the mandrel and the die surfaces, forming the part. The interior surface of the product is formed by t he mandrel, while the exterior surface is formed by the extruding die.

We have the capability and production capacity to generate components by direct extrusion, utilizing common or special metal alloys efficiently and economically.

We works with a wide range of materials, such as: 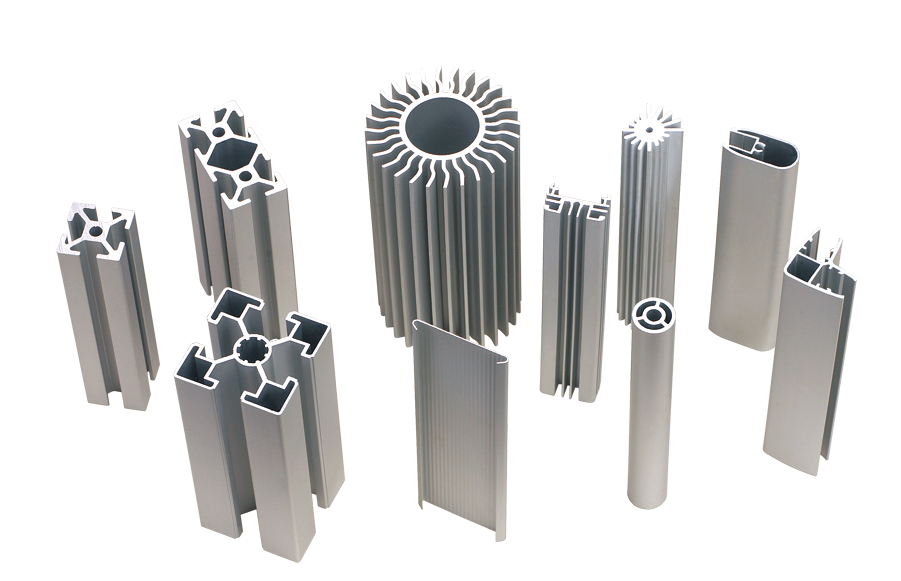 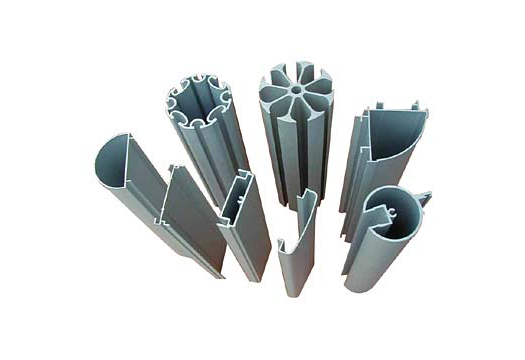 Mechanical tolerances and manufacturing capabilities vary with cross-sectional size, and with the location or distance of each dimension of complex geometric shape. Also depends on the product material.

Gestión de Compras only works with companies that can provide us warranties, which are holders of all necessary quality certificates and work according to specific industry standards such as: