Home » Blog » Spain, the most background tourist park in Europe

The Spanish car park raises its average age to 13.1 years, more than 2 years above the European average (10.8 years); according to data from the latest annual report prepared by the Spanish Association of Automobile and Truck Manufacturers (ANFAC), so we can say Spain has the most background tourist park in Europe. 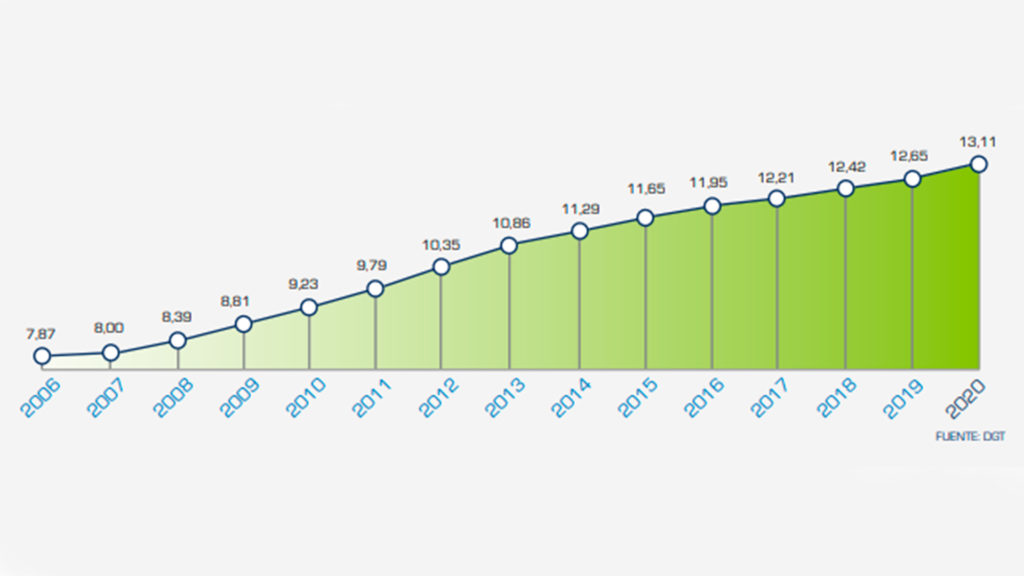 Why does Spain have the most background tourist park in Europe?

On the other hand, this data does not seem to go down. In 2020, 1,116,939 passenger cars older than 10 years were sold, while only 851,210 new passenger car registrations were made. These data show that in Spain there is a greater tendency for the purchase of old cars than for the new vehicles.

These figures represent a slowdown in the achievement of the objectives imposed by Europe in relation to the environment and the reduction of emissions. As the majority of cars in Spain are old vehicles, the pollution they produce is greater, as they have less technology than current passenger cars. According to ANFAC, compared to cars older than 15 years, current vehicles reduce NOx (nitrogen dioxide) emissions by 86% and particulate matter by 99%.

The ANFAC report concludes that, if the average age of passenger cars in Spain is to be reduced, achieving the decarbonylation of the sector, reducing CO2 emissions and increasing the number of electrified passenger cars, it would be necessary to scrap 19 million old cars before 2030.

Despite being the second largest vehicle manufacturer in Europe, Spain remains in the rear in the purchase of electric and hybrid vehicles, the so-called vehicles of the future by the European Union.

Although the sale of electric and hybrid vehicles has increased by 78.6% compared to 2019, they still represent only 0.32% of the vehicles in circulation in Spain. In 2020, according to the data published by the ANFAC, 96,178 vehicles of this variant were put into circulation, 86,621 of which were electrified passenger cars.

Spain is far from the figures obtained by Germany, France or the United Kingdom. These countries, only in the first half of 2021, sold 312,507, 144,304 cars and 137,100 electrified vehicles; respectively. According to data from the European Manufacturers Association (ACEA), in the top 10 at the European level, Spain is ranked 9 in electrified registrations.

As for 100% battery-powered passenger cars, the data is even more extreme. In Spain, only 9,258 units were purchased in the first half of 2021, compared to 148,936 in Germany. One of the possible reasons for this data is the lack of charging posts. According to ANFAC and Faconauto, 340,000 public recharging stations are necessary in 2030. In this way the figure of three million electrified cars could be reached for that year. “The development of the network is essential for the sales of these models soar ”, points out ANFAC.

Aedive, the Business Association for the Development and Promotion of the Electric Vehicle, recalls that the charging posts are only used between 2% and 8% of the time.

Jam in China ports: delays until 2022